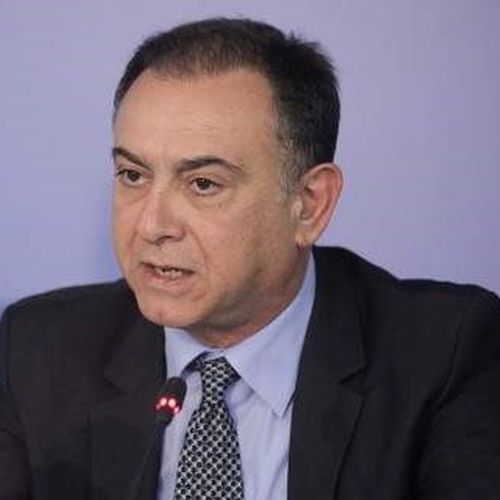 MD Anesthesiologist, MP for Larissa, Deputy Secretary-General of the Nea Demokratia Parliamentary Group, Chairman of the Special Permanent Committee on Road Safety of the Hellenic Parliament

Christos Kellas is an MD anesthesiologist, who pursues his professional activity as a self-employed doctor. After receiving his degree from the Medical School of the University of Athens, he specialized in Anesthesiology and Intensive Care Medicine at the University Clinics of Munster and Cologne in Germany. He was an Assistant Professor at the Faculty of Nursing of the Technological Educational Institute of Larissa and an elected representative of the Larissa Medical Association to the National Medical Association as well as Vice-President of the Larissa Medical Association. Moreover, he served as President of the Organization of Social Policy and as Vice-Mayor for administration, social policy, finance, the Municipal Police and the Citizens Serving Centers of the Municipality of Larissa. Mr. Kellas has been consecutively elected as a member of the Parliament for Larissa with Nea Demokratia since 2012, when he first ran for the office. After the elections of July 2019, he became Deputy Secretary-General of the Nea Demokratia Parliamentary Group and Chairman of the Parliament’s Special Permanent Committee on Road Safety. Additionally, he took over as Head of the National Delegation to the Parliamentary Assembly of the Mediterranean and as Vice-Chairman of the Greek-German Parliamentary Friendship Group. Christos Kellas performed his military service as a Reserve Officer in the Special Forces of 32nd Marines Brigade of the Hellenic Army. He speaks French and German. He is married and has two children.