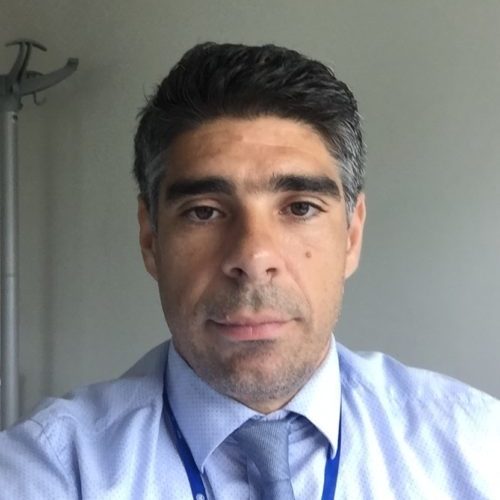 Konstantinos Kalimeris is the Corporate and Car Manufacturers Manager of Allianz Greece, responsible for Car manufacturers and Brokers focused on Mid Corp business. Previously, he served as a Supervisor of Automotive business development. Prior to moving in the insurance sector and joining Allianz Greece in 2012, he worked for 5 years in Sales & Marketing departments of passenger cars, initially as a Sales & Marketing Training manager in Suzuki Hellas and later as an After Sales Zone manager and a District Sales Manager for Toyota Hellas.
However, his career in the vehicle industry started from the commercial vehicles market in Panergon S.A. (Importer of DAF trucks) as an After Sales Engineer and was later promoted to Head of Sales Administration Department.

He holds a degree from National Technical University of Athens (NTUA) in Mechanical Engineering and a Master’s degree in “Systems of Automation” from which he graduated first of his class.

He is married and father of two daughters.