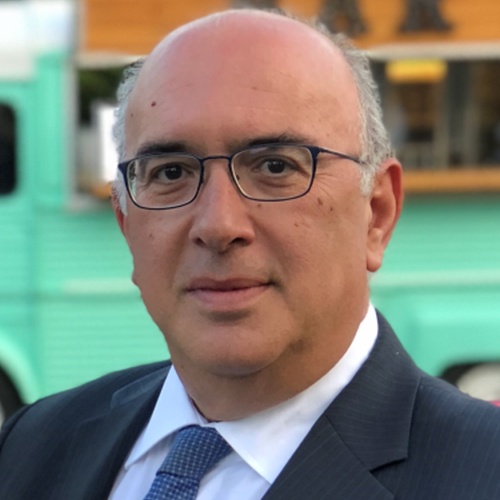 Member of the Parliament in the constituency of Kozani, Nea Demokratia

Papadopoulos Michalis comes from Mesovouno Eordaia, Perfecture of Kozani. He is an Electrical Engineer. He worked as a teacher in Secondary Education as well as a professor in Higher Education, in the School of Pedagogical and Technological Education and Technological Education Institute.
He has been a Member of the Parliament in the constituency of Kozani from 2000 to 2015 and was reelected in July 2019. He participated in Kostas Karamanlis’ government as a Deputy Minister of Rural Development and Food as well as a Deputy Minister of Infrastructure, Transport and Networks under the Prime Minister Antonis Samaras.
He served as a Quaestor of the Greek Parliament; Vice President of the Standing Committee of Education; Member of the Standing Committees of Foreign Affairs and National Defense, Financial Affairs, Production and Commerce, Road Safety and Greek Immigrants; Member of the Committee of Research and Technology and Representative of the Greek Parliament in NATO Summit. He took part in International conferences concerning Education Affairs of EDS and EPP.
As a Deputy Minister of Infrastructure, Transport and Networks: He was one of the Members of the Greek Parliament, who under the encouragement of late lamented Aris Stathakis (initiator of the whole project), contributed to the establishment of the Standing Specific Committee of Road Safety in the Greek Parliament.
He presided over the council of transport Ministers concerning “Road Safety” during the Greek Presidency of EU in the first semester of 2014. During this period the Council took decisions on several major issues.
He signed the creation of the Interministerial Committee for Road Safety, with the participation of eight competent Ministries. He contributed to the reformation on National Council for Road Safety under the Presidency of the Prime Minister.
He speaks Greek and English.